Wellson Chin Sing-wai spins this ghost yarn about a spirit who haunts the unsuspecting customers of a 24-hour convenience mart. When clerk Mo tai-ho (Francis Ng Chun-yu) starts hearing Peking opera coming out of the telephones, the freezers and from the backroom, he's sure he's going nuts. The fact that he is daily troubled by dreams dominated by a hideous ghoul isn't helping much. The sole person who believes him is a lonely cop named Charles Chan (Dayo Wong Chi-wah) whose mother is an expert on such poltergeists and who recommends the urine of a child or the tail of a black dog to stop such visitations. Both options fail when the ghost forces Mo to drink the kid's pee and neither have the heart to mutilate a puppy. Desperate, they call on the help of a Taoist master, who proves to be no match for the spirit. Will this lowly convenience store clerk manage to overcome his supernatural foe? 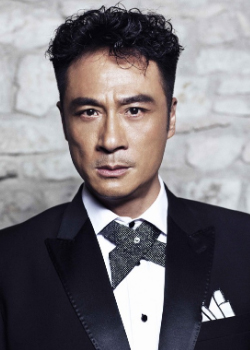