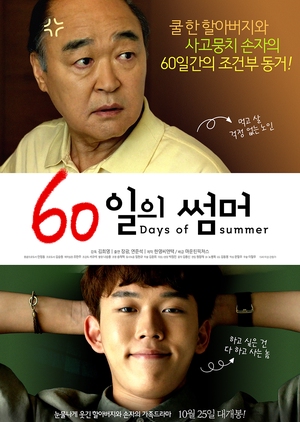 Dong Il is the coolest old man in his 70s. He cooks using a tablet PC and knows how to use SNS. He knows how to enjoy life. But one day crisis strikes. His son leaves to the U.S. to remarry and drops his child with Dong Il whose carefree life gets shaken up by his teenaged grandson who he doesn't get along with. When crimes against the elderly are committed, the two pair up to get to the bottom of the mystery Grandpa Dong Il and grandson Jae Hoon are in dismal when crime happens against the elderly in the village. Dong Il hopes nothing happens to him but he becomes a target too. Jae Hoon sets out to help Dong Il and Dong Il suspects Jae Hoon's friends. Will Jae Hoon get along with his grandfather? What will happen to Dong Il's golden-age?