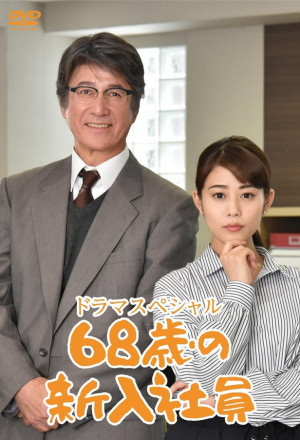 Hitsujido Honpo, an established Japanese-style sweets company known for its traditional flavours and reliability, has maintained a modest popularity. To win a new segment of customers, it has embarked on new business development. The leader of this team of five young employees is 28-year old Kudo Mayuko (Takahata Mitsuki). Mayuko was headhunted by the current CEO Okazaki Kengo (Maruyama Tomomi), for her achievements in her previous job. However, she struggles with the difficulty of new business development and pressures within the company. One day, a “new” 68-year-old employee Niimoto Kazuo (Kusakari Masao) is assigned to be Mayuko’s subordinate all of a sudden. She is dumbfounded to learn that he is 40 years her senior and even feels anger. Mayuko is confronted with the question of whether he should do the old job he was proud of? Or a new job as a brand new employee, and assumes the role of mentor.