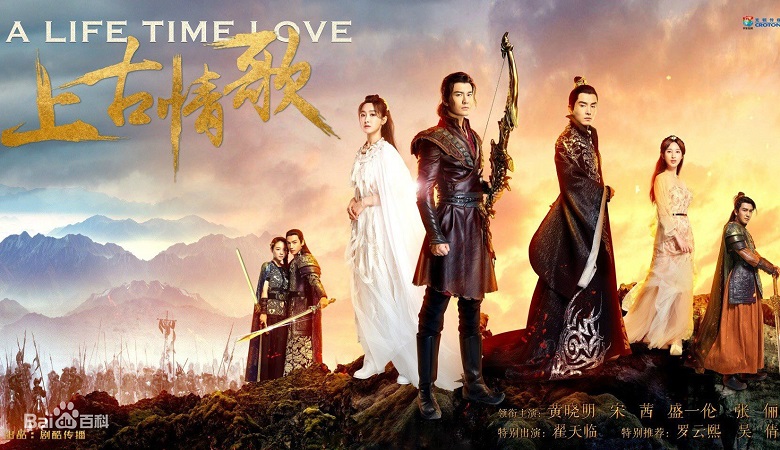 A Lifetime of Love

Other name: 上古情歌; Once Promised

The story takes place in a mythological world with demons, gods, and humans cohabiting. Our hero, Chi You (Huang Xiao Ming) is driven by revenge and wants to dominate and unite all living things under one ruler. His resolve is immovable until he meets the heroine, a princess from the Xuan Yuan Kingdom (Victoria Song). During the chaotic times, two dominant figures emerged: Chi You, a war god from Shen Nong Tribe, and Prince Shao Hao (Peter Sheng), from Gao Xin kingdom. While our heroine is forced to marry Shao Hao, her heart belongs to Chi You, and conflicts in interest arise when her father invades Shen Nong.