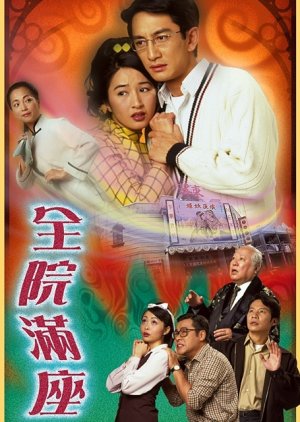 Esther Kwan, went to work as a ticket collector/ receptionist for a theatre, a place where rumors have said that the theatre is haunted, and there she meets the son of the boss there, Lawrence Ng. who eventually falls for her love, but Esther already has a lover in mind, and is planning to get married with him not knowing that he is a cheater. When Esther finally knows that she actually loves Lawrence, he dies, will Esther ever have a chance to tell him that she loves him?