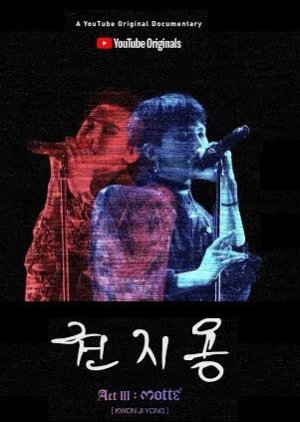 Kwon Ji Yong is a full-length documentary that reveals the real Kwon Ji Yong AKA G-Dragon, the leader of one of the most successful K-pop bands in history, BIGBANG. As the camera follows him throughout his last solo tour before he heads to the military, never-before-seen intimate footage bears naked the inner struggles and the challenges of living under the microscope.