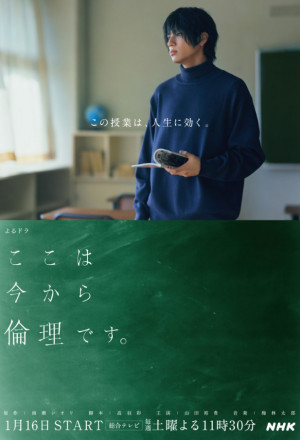 Other name: ここは今から倫理です。 From Now On We Begin Ethics

Curb Appeal is a half-hour TV series that has aired on HGTV in the United States from 2002 to the present, exploring how a house's outside "curb appeal" will be updated. Various hosts over the years, talk the viewer through the planned improvements. Originally the new look was imagined by drawing the proposed changes over a still picture of the exterior but now computer-generated visualizations are created. Changes include painting, landscaping, and fences, as well as pruning or removing overgrown shrubs, and sometimes cutting down good trees. John Gidding is now the only host and more recent episodes involve multiple homes in an San Francisco Bay Area block, and are titled Curb Appeal. There has also been at least one hour-long Christmas special titled A Very Merry Curb Appeal, with two homes adorned with Christmas decorations.