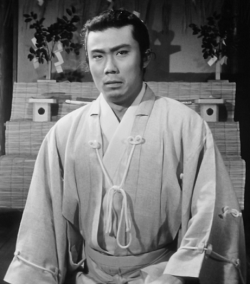 Kuroneko is set during the Sengoku Jidai (the Warring States) period and tells the story of two women, a mother (Nobuko Otowa, The Naked Island, Onibaba) and her daughter-in-law (Kiwako Taichi, Strange Affinity, Live Today, Die Tomorrow!), who are raped by a gang of samurai. The women and their farmhouse are burned down, but their souls return as evil ghosts and swear to kill every single samurai in the land. Note: I limited the encode to grayscale and cleaned up the grain hence the size difference from the existing 720p encode