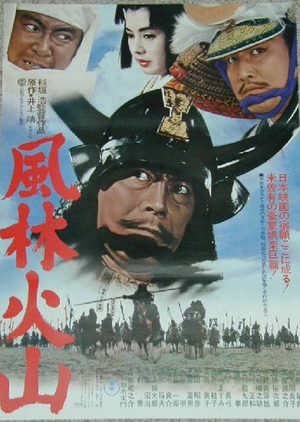 Feudal Japan, 1543 to 1562. Kansuke Yamamoto is a samurai who dreams of a country united, peaceful from sea to sea. He enters the service of Takeda, the lord of Kai domain. He convinces Takeda to kill the lord of neighboring Suwa and take his wife as a concubine. He then convinces the widow, Princess Yu, to accept this arrangement and to bear Takeda a son. He pledges them his life. He then spends years using treachery, poetic sensibility, military and political strategy to expand Takeda's realm, advance the claim of Yu's son as the heir, and prepare for an ultimate battle with the forces of Echigo. Has Kansuke overreached? Are his dreams, blinded by love, too big?